ETHNICITY AND RELIGION IN NIGERIAN POLITICS, 1999-2019: CONCEPTS FOR DEVELOPMENT OR CULPRITS FOR ITS UNDERDEVELOPMENT?

This study examined whether ethnicity and religion in Nigeria‟s politics have contributed to its development, or otherwise accounted for its underdevelopment. Nigeria started out as a democratic state prior to military rule which lasted for about 29 years. Twenty years later, events have shown that Nigeria is challenged by numerous factors which militate against its social, political, and economic development. However, ethnicity and religion in Nigeria‟s politics have exposed the extent of fragility of Nigeria‟s democracy. The study is hinged on the Marxist theory of neo-colonial state. The case study research design is  adopted in the study. Data are collected from previous studies which are focused on the subject, and content analysis method is relied upon. The study concludes that: ethnicity and religion in Nigeria‟s politics has further divided the people by eroding their faith in the „One Nigeria‟ project; religious considerations in Nigeria‟s politics has engendered disunity, lawlessness, acts of murder, arson, ethnocentrism, and even given rise to such terrorist groups as Boko Haram. The study recommends that: ethnicity and religious beliefs be made to be inconsequential for occupation of political or public offices; Nigeria as a state should discontinue subsidizing/financing citizens‟ annual religious pilgrimages to Israel and Mecca; and, declaration of one‟s faith, creed, ethnic background, state of origin, and tribe should be de-emphasized in Nigeria, being a certified Nigerian should suffice. 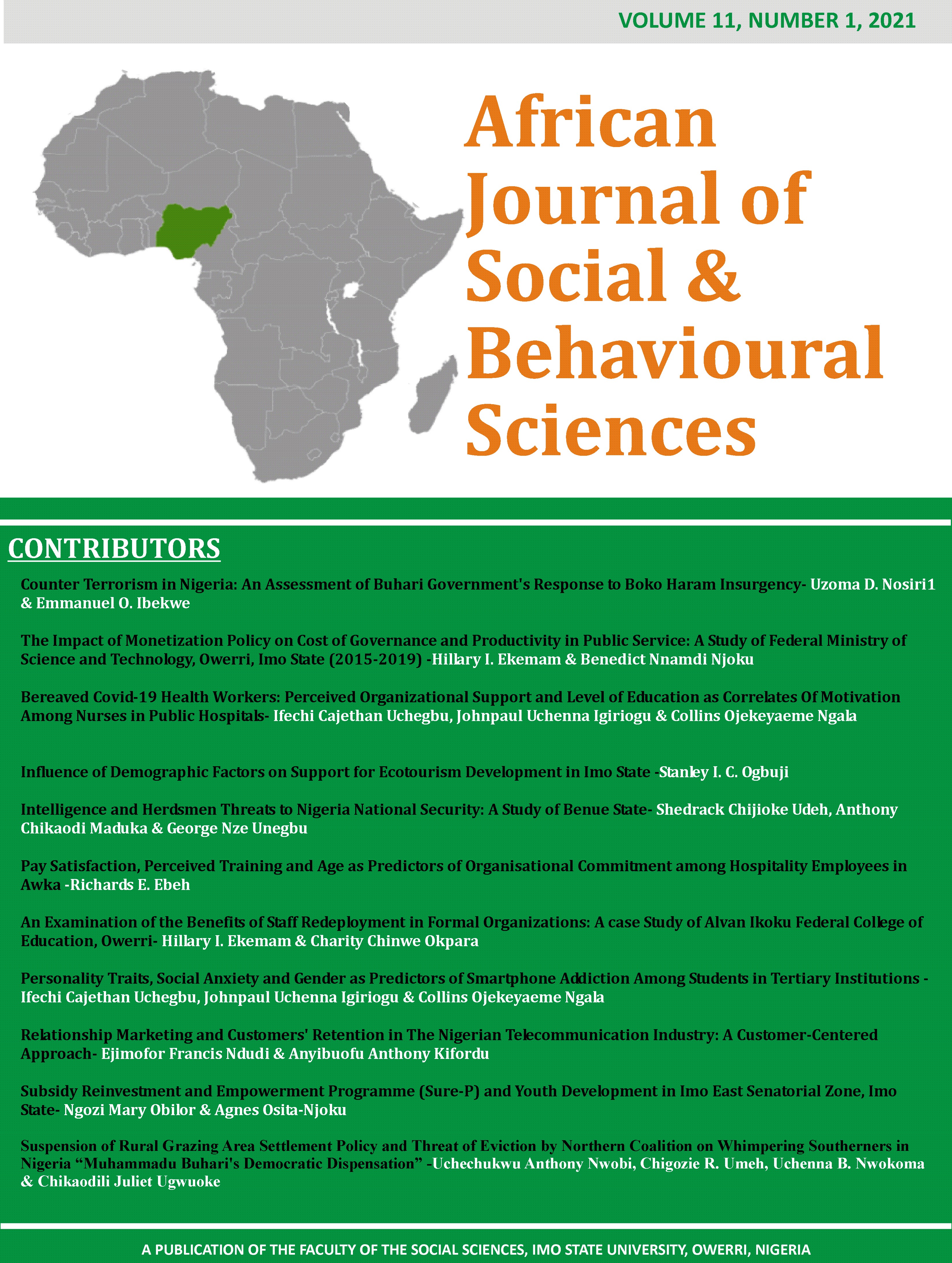 Ohazurike, E. U. (2021). ETHNICITY AND RELIGION IN NIGERIAN POLITICS, 1999-2019: CONCEPTS FOR DEVELOPMENT OR CULPRITS FOR ITS UNDERDEVELOPMENT?. African Journal of Social and Behavioural Sciences, 11(1). Retrieved from https://journals.aphriapub.com/index.php/AJSBS/article/view/1293
Download Citation