Crude oil gradually took over from agriculture and has formed the main stay of
the Nigerian economy since its discovery in the country in the late 1950s. The swampy land of the mangrove South-Southern part of Nigeria known as Niger Delta brought the first crude oil, providing hope of a greater Nigeria in a few years to come. However, this discovery later ushered in an antithesis of conflict and armed terrorism in the Delta. This crises situation lasted until the federal government, under the leadership of President Umaru Musa Yar. Adua, on June
25, 2009, initiated an amnesty programme, for militants in the Niger Delta. The study assesses the extent to which the programme has impacted on the crude oil production and revenue of the country. The survey combines primary and secondary methods of data collection and analysis. Resource curse theory serves as the theoretical framework in which the study is anchored. The
findings reveal that the amnesty programme has engendered relative peace and security in the Niger Delta, thereby causing a significant increase in the nation.s oil production and revenue and therefore recommends that the federal government should expand the amnesty frontiers to accommodate other genuine militants in the region who were for one reason or the other denied inclusion into the programme in 2009, to sustain the peaceful atmosphere in the region for increased oil production. 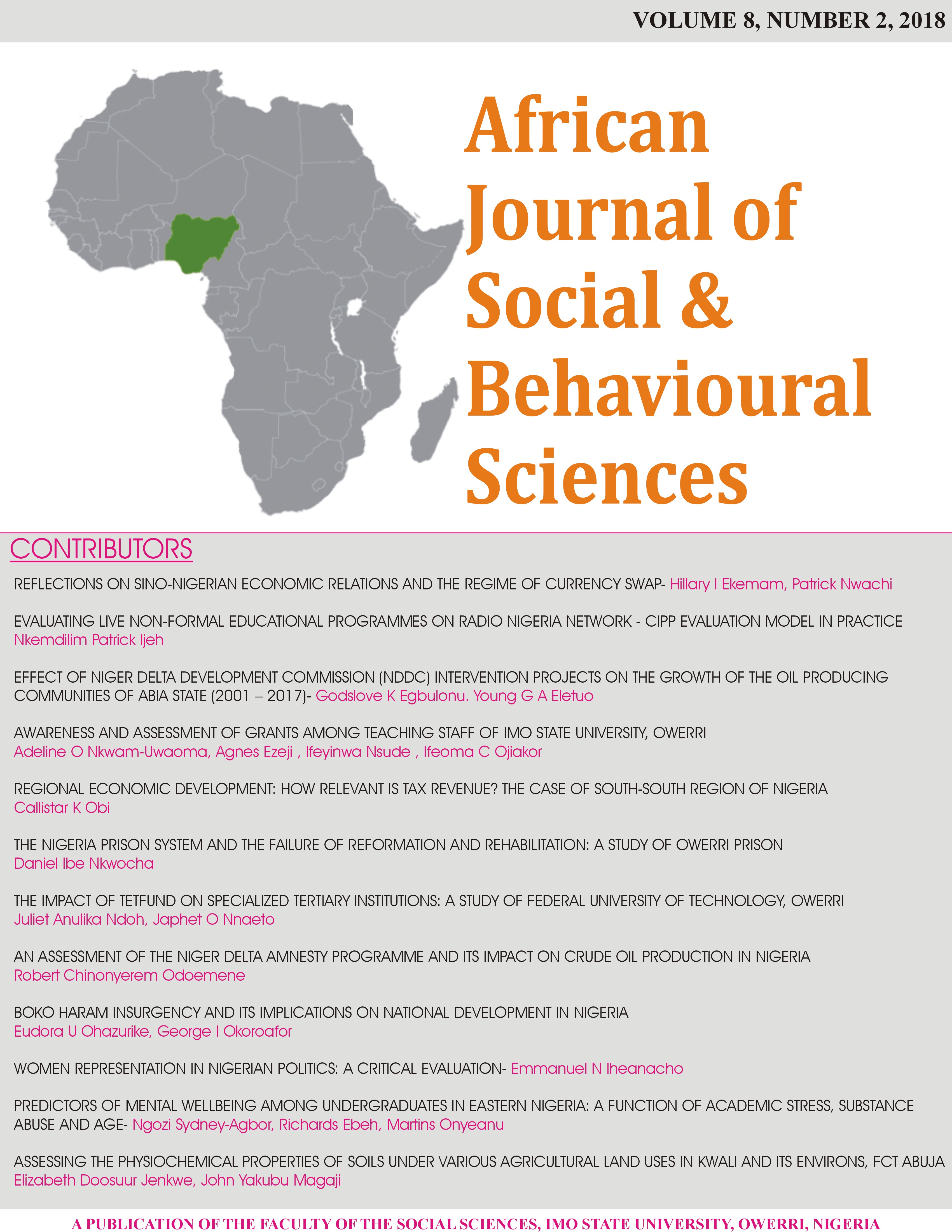 Odoemene, R. C. (2019). AN ASSESSMENT OF THE NIGER DELTA AMNESTY PROGRAMME AND ITS IMPACT ON CRUDE OIL PRODUCTION IN NIGERIA. African Journal of Social and Behavioural Sciences, 8(2). Retrieved from https://journals.aphriapub.com/index.php/AJSBS/article/view/699
Download Citation

Most read articles by the same author(s)