This study aimed to characterize physicochemical properties of soil of Abia state Nigeria in relation to cassava crop production, with the view to contribute to the crop production improvement in the area. In the research, Cassava crop was identified due to its position among staple crops and relevance to the socio-economic well-being of the people of Abia state and Nigeria in general. Methodology involved free soil survey method after the three zones (Ikwuano, Obuzo and Ovim) in the state were purposely selected for representation of the soil sampling. Auger sampling was conducted at 0-20 and 20-40 cm depths for crop production purposes while soil profile sampling was done for in-depth characterization and scientific classification of soils. Secondary data for the study  involved collection of annual crop yield data on cassava for the sate over 30 years ranging from 1988 to 2017. The data were sourced from Agriculture Development Programme (ADP) headquarters in Umuahia. Soil data from auger samples were then subjected to analysis of variance (ANOVA). Thus, variation in properties among soil horizons were obtained using coefficient of variation. Also, the correlation coefficient (r) and the coefficient of determination for simple linear regression (r2) were calculated to determine the degree of association among some physico-chemical properties of the soils from the selected profiles. Similarly, soil parameters were regressed against crop yield to establish  relationship existing among some soil properties and the crop. Results showed that at both 0 – 20 cm and 20 – 40 cm depths, the variations in the soil properties were from low to moderate and high. The results specifically showed that Ikwuano soils are more fertile than Obuzo and Ovim in terms of organic matter, organic carbon content, exchangeable bases and base saturation. It showed that soils properties affects cassava crop production in the area at varying degrees, though it was observed that the soils contain plant nutrient elements that will support crop production. Irrespectively, the chemical properties of the soils are still low therefore, it is recommended to boost more the productivity of soils in the state for maximum crop production.

Department of Geography and Environmental Management 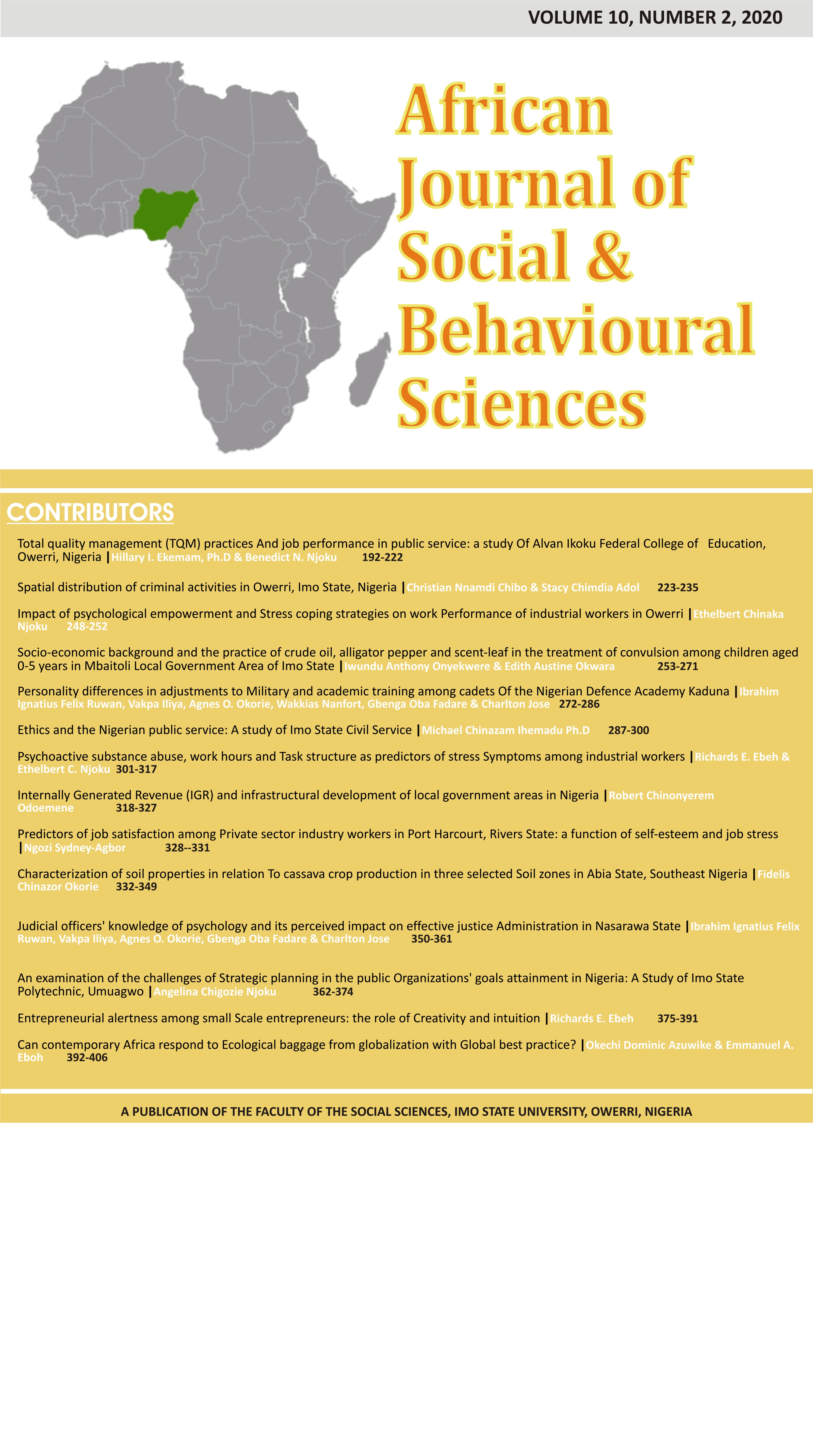